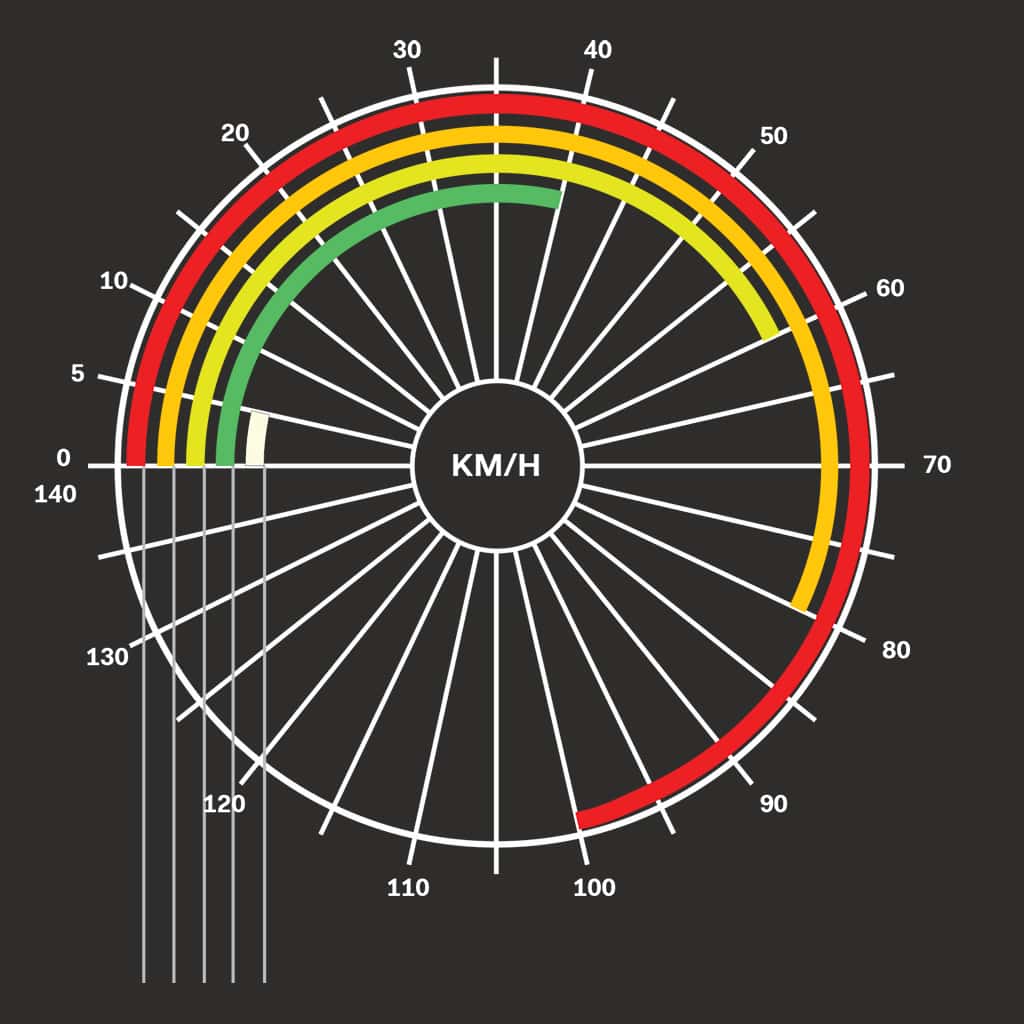 Vehicle speed is the element that has the major impact on the road character and the way it is used. Lower speeds encourage an urban type of development while increasing safety for all road users.

The correlation between low vehicle speed and urban quality is consistent in almost every context and especially in Dubai. The posted speed, which by law is assigned to each street, goes hand in hand with the road design speed: a set of precise regulations are defining all geometric characteristics of each road type, with the goal of ensuring an adequate level of safety for moving vehicles. The introduction of these regulations happened worldwide mainly in the second half of the 20th century, to cope with the boom of the automobile.

Dubai boomed in a time where road manuals were widely adopted worldwide, therefore many standards were inspired by the international context: the growth of the city coincided with the diligent application of design manuals. Similar to many other cases, from the USA to the Far-East, resulting in certain degree of homogeneity throughout the city, however, it is excessively focused on private vehicles, paying less attention to other road users

Currently, there is a global shift, moving away from the rigid application of the standards towards ad hoc design solutions, depending on overall design goals and aspirations. One example is the inspiring case of New York City reducing the width of its vehicle lanes across all five boroughs, decreasing speed for cars and making room for other transport modes, from bicycles to dedicated bus lanes. This strategy paradoxically increased the average speed of vehicles, which today are getting people to destinations quicker since there are less cars on the streets, with fewer conflicts between different transport modes.

Similarly, slower roads in Dubai have significant differences from roads of the same width but different posted speed. The case of the Boulevard at Downtown is certainly a great example of large infrastructure with very high-quality standards: being a 40 Km/h road it was possible to design smaller turning radiuses providing more space for pedestrians at intersections, and raised pedestrian crossings to prioritize pedestrians.