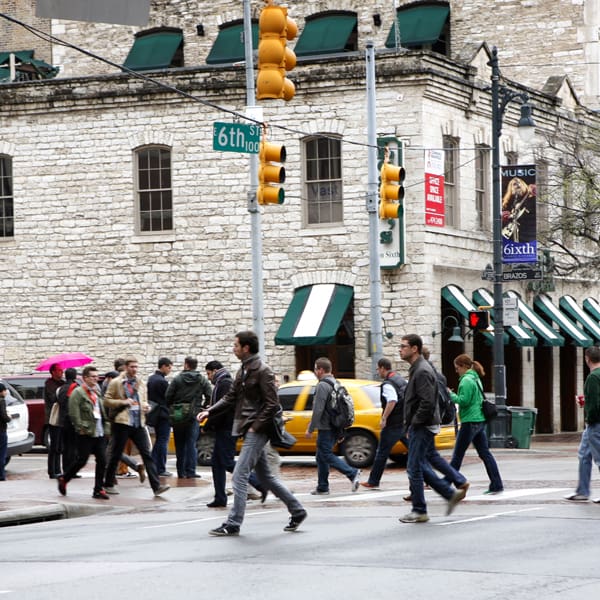 What cross-cutting trip data from five cities in the U.S. tells us about the overarching tendencies to make home-work, home-other and non-home-based trips within cities

By collecting location-based data from devices such as smart phones and vehicles, transport planners can use this information to create an Origin-Destination map of trips made within a specified area. Data from tracking over long periods of time can be used to infer trip purpose, understood as one of three types: Home-Based Work, Home-Based Other and Non-Home Based.

In the following analysis, zone distinctions were based on a number of factors. For each of the five cities under study (namely, Seattle, Denver, Los Angeles, Austin and Savannah), areas associated with distinctive socio-economic profiles and their corresponding travel patterns were identified to create a basis for studying movements in and out of -and between- these articulated zones. The fixed zone typologies identified for each city were two attractor typologies (downtown and university areas) and two generator typologies (high-income and suburban residential areas). These classified zones correspond to a careful synthesis between census-based boundaries and morphological features. The boundary-setting of each zone took into consideration existing physical barriers (such as highways, natural barriers, etc.) and functional organization differences such that each zone is a functional class of its own (e.g. residential, industrial, mixed-use), practically functioning as a continuous and homogeneous area.

By looking at real-time movement data for each of the five studied cities, we gain a comprehensive perspective of trip purpose distributions throughout the day that were previously limited to specific time periods and small user samples due to the high resource cost of traditional travel surveying methods.

Gathered data from the four typological zones of the 5 cities under study repeatedly show similar distributional trends among university and downtown areas, and similar trends among residential areas. For all areas, we find that Home-Based Work trips dominate the distribution during the morning hours, roughly between 5am and 8am. However, while Home-Based Other trips are concentrated in the evening hours in downtown and university zones, they are evenly distributed throughout the day in residential areas, with a slight increase in the evening. Non-Home-Based trips are highest in the middle of the day for all areas, yet their volume is significantly higher in downtown and university zones. This tells us that trips are far more diversified in downtown and university areas, and thus less predictable from day to day than those taking place in residential areas.

Non-Home Based (NHB) trips tend to increase in all areas during midday hours by an average of 15 per cent. These surges correspond to lunchtime movements with marked rises in downtown and university areas of all cities.

Learning this information can be particularly useful for urban planners to determine the potential for trip capture using public transportation and alternative modes of travel.

At the outset, trip purpose distribution can help urban planners differentiate between regular trips and irregular daily trips, as well as indispensable and dispensable trips. In areas with high irregular trip generation, municipalities can focus on providing diverse modes of transport to fit various single-user travel needs. This information can be enriched when overlaid with trip length information that supports the idea that short-distance travel is in highest demand during the time in which non-home-based trips reach their peak. Space-saving and emissions-reducing micro-mobile vehicles (such as single-user kick scooters, electric mopeds and bikes) could thus effectively replace car use for these short, multi-purpose midday trips.