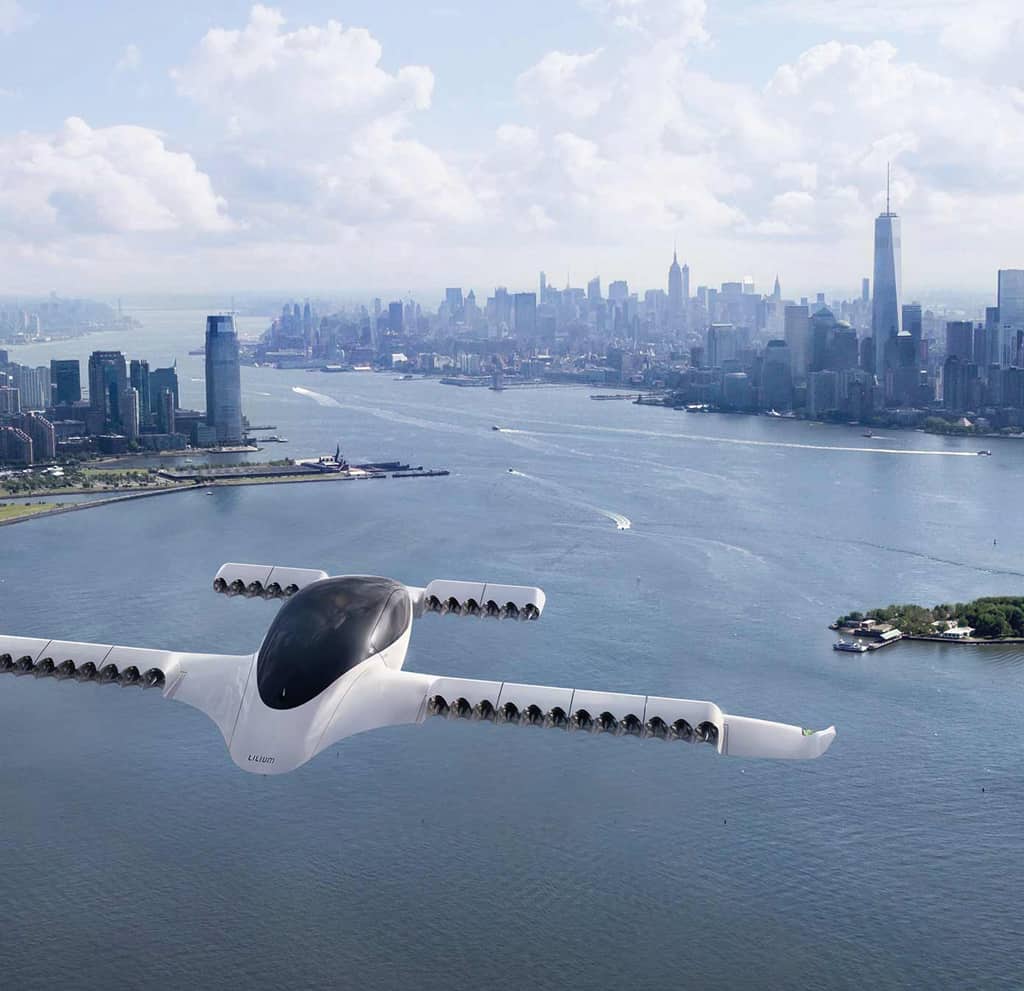 Cities are becoming increasingly more urbanized as land is being developed, repurposed, and rising in density. Large concentrations of jobs and economic prosperity is leading to high growth in many cities around the world, however, this growth is putting a strain on transportation systems. Roads are becoming increasingly more congested and transit systems are under strain with aging infrastructure. The transportation sector is struggling to meet the growing demand, while simultaneously reducing congestion and improving safety. The way people travel in cities is going to change and it’s largely being driven by advancements in technology. One of which includes new advances in aircraft technology and electric propulsion systems, which are leading to the development of flying vehicles capable of operating in urban air space.

Air travel is poised to revolutionize our transportation system in what’s being called “advanced aerial mobility” of which urban air mobility (UAM) is a subset. Advanced aerial mobility refers to the broader range of opportunities in passenger transport, cargo logistics, and deliveries in both urban and rural contexts. The term UAM is used to describe vertical take-off and landing (VTOL) and electric vertical take-off and landing (eVTOL) vehicles that will transport people and cargo in a safe and efficient method in a new dimension of the urban transportation network. VTOL and eVTOLs are small aircraft, similar to helicopters, in their vertical take-off and landing. They are currently designed to carry a small number of passengers, between 2 and 5, while other hybrid designs estimate 10 to 15 passengers. While in its infancy today, it’s estimated by 2030, as many as 500 million flights a year for package delivery, and 750 million flights per year for metro service. (Source: NASA)

The integration of UAM into our transportation system will involve communication and collaboration with the public and private industries. The main factors for UAM success are the vehicle technology, the infrastructure to support the landing and take-off of the aircraft, and the business model for operations and passenger demand. Among these factors are several considerations that will need to be addressed. These include, the appropriate number of passengers, optimal range of the vehicles, the market, the aircraft type and design, as well as flight operations.

The technology accelerating the advancement of eVTOL and VTOL is the electric propulsion system. As opposed to helicopters combustion engines, which have multiple parts and a fuel system, an electric system means one moving part, the bearing. The distributed electric propulsion (DEP) system turns smaller rotors for either a tiltwing thrust, lift and cruise, or multirotor operation. Having multiple engines means they can operate at different speeds allowing for better performance and maximum control in varied weather conditions. The DEP system allows flexibility in different vehicle design, thus allowing for an aerodynamically optimized design, and compared to a helicopter, an eVTOL produces a lower noise level and is more reliable. As with Lilium, a manufacturer of eVTOL in Germany, the duct design captures and dissipates noise before it leaves the engine. Noise levels are an important consideration in the operation of eVTOL air taxis in urban air space.

In addition to advancements in electric propulsion, technology advancements in batteries are enabling the lightweight and efficient design of the vehicles. The batteries allow an efficient discharge rate which allow the eVTOL to travel distances of up to 300 miles. The production of these vehicles is relatively lower in cost compared to the automotive industry because of the advancements in batteries, the propulsion system, and material used in the design of the vehicles. As battery technology improves, eVTOL vehicles will be able to fly further and operate longer in the air. Despite the technological progress in the manufacturing of the vehicles, more advanced technology is needed in the avoid and detect capabilities, as well as in autonomous navigation. The regulation aspect to bring this technology to market will need to be rigorous. Allocation of airspace with increasing number of vehicles will be an immediate challenge to address.

The success of urban air taxis will largely depend on the safety of the vehicles and people’s acceptance of these vehicles in urban air space. All vehicles will undergo a rigorous aircraft approval certification process to operate in urban air space, but in addition to certification, manufacturers are incorporating testing, such as, Failure Mode, Effects, and Criticality Analysis (FMECA) as an analytical method for testing the safety of the vehicles. This test is a step-by step approach for testing products manufacturing to identify design or manufacturing flaws and to carry out the corrective measures to reduce critical failures. EVTOL and VTOL are new vehicle concepts without proven in-flight experience, therefore rigorous testing to acquire data and research concepts that improve propulsion reliability are needed. The first flight operations will likely exist outside of urban areas because of regulations, and for safety reasons.

Heliports, vertiports, and other ground infrastructure will be needed for the loading and unloading of passengers and the charging or fueling of the vehicles. The vertiports will most likely exist in areas convenient to other modes of travel, but all in new places that haven’t existed before. This new infrastructure will be costly and complex involving many entities for the planning and coordination of the facilities to ensure passenger safety, as well as the general public’s safety. The landing sites will need to exist in areas to attract the most passengers to the sites, while at the same time, located in air corridors supportive of urban air taxis. Contributing to the planning of the UAM network will require an understanding of the urban context and include socioeconomic considerations in route citing, eye pollution, and air traffic operating in dense urban areas. Most of the current vertiports in operation today can accommodate 2 to 4 helicopters, but the need for a greater amount of air taxis landing and taking off from a vertiport will exist. In the United States, the Federal Aviation Administration (FAA) is currently soliciting industry to create standards for vertiport design. Existing vertiports are the likely infrastructure to transition to pads for urban air taxis and many cities around the world have high numbers of vertiports for helicopter landing.

Efficient planning of a UAM network will involve the consideration of a seamless transition between air taxis and other modes of transportation in operation within a city. There are many start-ups as well as vehicle manufactures building air taxis. How a city develops the network with one or more operators within a city will be crucial to the success of the UAM system. The planning for the take-off and landing vertiports will need to consider the major origins and destinations that will attract passengers that consider UAM convenient to their travel. In addition, vertiports to other origin and destinations for purposes such as medical and cargo transport. Therefore, having a command-and-control center specifically for UAM will be significant in helping prevent accidents and manage air taxis congestion at ports, as well as integrate various functions of the city.

The impact of UAM on cities will vary with the adoption of the technology, as well as, the policy and regulations for the service to operate safely. To date, aviation has been constrained to airports, with the exception of helicopters operating as medical transport, and the few heliports for private operations. With UAM, vehicles will operate beyond airports and in cities with more obstacles and elements to navigate. Vertiports located in urban areas will likely encounter NIMBY (Not in my backyard) occurrences which could possibly limit preferred routes. While urban air mobility might be an efficient way of travel, it will be unlikely to reduce a significant number of trips from the transportation system. In fact, it may be that trips will increase because of the convenience of trip making modes and apps. Whereas before a person might conduct trip chaining, that may very well change, this of course will largely be dependent on costs. There are a number of roadblocks that will need to be addressed as this technology develops. The challenge for cities and communities will be in evaluating how this technology appropriately fits within their community.