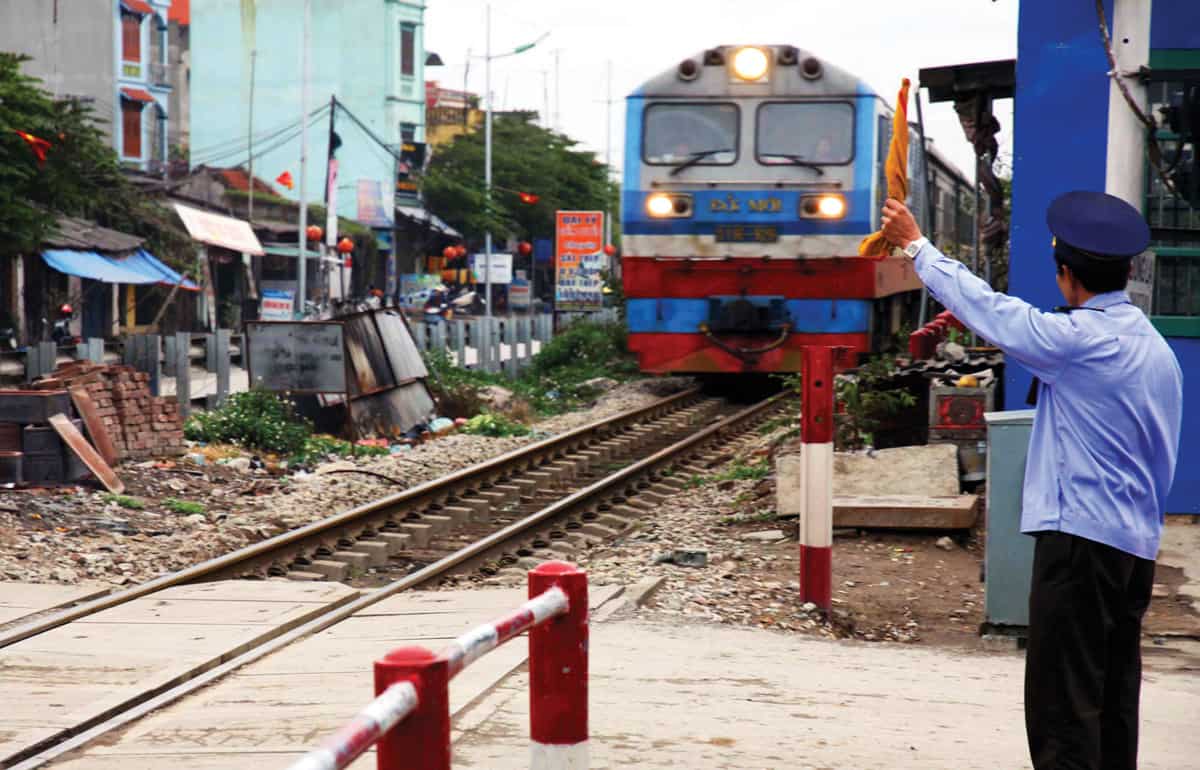 Following the launch of an important reform program that began in the 1980s, Vietnam has been experiencing remarkable economic development that has turned the country from one of the poorest in the world into one with a middle-income economy.

During the last decades, thanks to the country’s economic growth, poverty decreased significantly while domestic transport demand and passenger traffic increased, creating higher rates of energy demand and consumption. The need for mobility involved the entire country, from the largest cities of Hanoi, Ho Chi Minh, and Da Nang on the coast, to rural areas where, paradoxically, the highest densities are registered. Indeed, Vietnam has a peculiar settlement structure: out of the total 91 million inhabitants, only 28% live in the city while the rest spread across large rural areas characterized by density levels over 1,000 inhabitants/km2.

It is evident that the largest part of the Vietnamese population lives in the countryside. Therefore, the development of a strong and extensive transport sector is of crucial importance for the socio-economic growth of Vietnam. Modernizing the existing transport network, by distributing resources and strategic interventions among the various sub-sectors, would increase the accessibility of rural populations to more countrywide opportunities and reduce freight and logistics transport costs.

Having to face such an important increase in transport demand, the Vietnamese government doubled its investments in transportation, confirming the critical position of the sector. Currently, Vietnam has a multi-modal transport network consisting of roads, railways, rivers and waterways, seaports and airports. Among the diverse modes, roads represent the backbone where the largest share of trips occurs, mostly by car and private motorcycle. On the contrary, rail transport today is very limited and there exists an urgent need for its rehabilitation at national, regional, and urban scales. Studies were carried out in the realm of rail renewal. The main objective assesses the feasibility of a new high-speed and high-capacity rail connection along the coast, linking Hanoi with Ho Chi Minh and major cities in between, and realizes the first two UMRT (Urban Mass Rail Transit) networks in Hanoi and Ho Chi Minh.

The Vietnam and Hanoi Railway Accessibility Study is a key component of the wider strategy undertaken with the aim of providing Vietnam with a modern and efficient railway network. Specifically, it aims to define a set of accessibility improvement measures that are crafted based on international best practices in South-East Asia, China, and Japan; especially conceived for the most critical transport nodes of Hanoi, where a new high-speed station is envisaged based on a study conducted by JICA in 2011.

The accessibility study starts with the analysis of the current situation, in terms of transport supply and mobility demand, and embeds the related forecasts for future scenarios on the role of the new high-speed railway station, not only as a hub within the broad mobility chain but also as a new urban node. Indeed, the future high-speed station of Hanoi will be located midway between two contrasting urban contexts: Dong Da district (west) and the French Quarter (East). The former is a residential area where low-income residents live with precarious health conditions and without proper infrastructure or direct connections to the rest of the city. On the contrary, the latter is a mixed-use district, where dwellers coexist with workers, sharing a more pleasant and connected urban realm. Through spatial investigations of the layout of the planned station (along with park and ride studies, isochronal, public transport and multi-modal accessibility analyses at wide-area) this study has defined multiple goals. The main ambitions include granting the highest level of accessibility to the planned Hanoi high-speed station in order to support its twofold role, acting as the northern gate to Vietnam – at the international, national and regional scale, and stitching together once-divided urban space at city scale.

Once again, transportation and mobility prove to be backed by a manifold rationale, implying both economic and social benefits as well as spatial improvements.