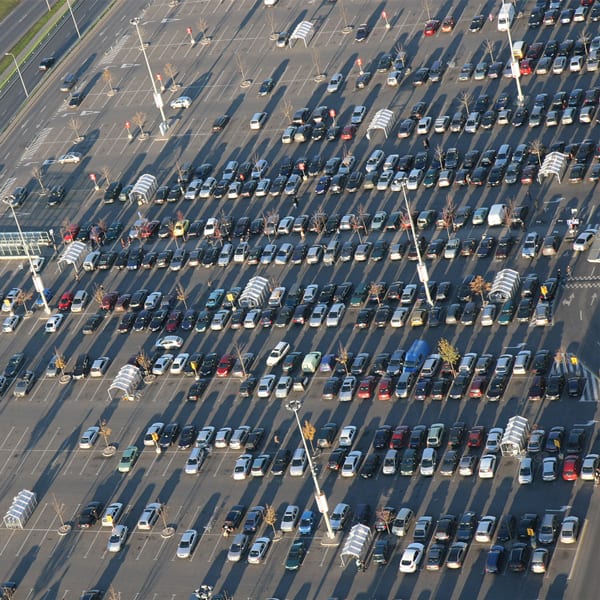 Think of an airport and the images that come to mind are planes, polished glass facades, giant chocolate boxes at duty free shops, queues to pass at security control, high-end shops and food courts. But, the primary component of an airport is its parking lots, whether they are near the terminal or more remote for longer stays.

To define the expansion plan of an airport it is necessary to consider a long-term scenario, to make sure the terminal building and its surroundings can accommodate future changes seamlessly. Traditionally this meant providing ample interior space for passenger increase and new commercial activities, but the rise of driverless vehicles could drastically change the entire arrival experience as well as the usage of the airport and its surrounding land.

This book addresses how parking provision will be greatly affected by driverless vehicles: this is particularly true in the case of airports, where long term car park areas occupy as much (if not more) space as that for airplane operations. We are currently exploring this within a confidential expansion plan of an airport in Europe.

To simplify the large amount of potential future scenarios, we are addressing the project through three situations very well defined and different from each other.

The first scenario (A) describes a situation where driverless vehicles are owned in the very same way people own cars today. The result, in terms of parking is uncertain and depends on pricing: if the price is low, parking demand will be the same as today; if instead parking pricing is higher, there will be a situation where driverless cars go back empty and park at home or in an alternate location. This scenario would most likely increase traffic conditions and lead to the detriment of public transport.

The second scenario (B) creates an optimistic situation where most driverless vehicles are shared through ride-hail services like UBER or other similar providers. On the one hand, this scenario increases congestion, moving with shared vehicles will be convenient and relatively inexpensive. On the other hand, parking provision would decrease significantly as there will be only a limited portion of users that will opt to reach the airport with their private vehicle.

• Vehicles owned by Public Authority or by Service Operators (Taxi companies, Ride-Hailing service providers, etc.)
• The service works like a regular taxi service
• Possibility of individual or collective use of vehicles
• Users’ cost is between private vehicle and conventional taxi
• Parking demand potentially null (drop-off/pick-up only)
• Risk of increased congestion

The third and last scenario (C) delineates a situation where automated vehicles will be mainly collective and serve as a public transport backbone. In this case, parking provision will decrease, although not dramatically, as there will be a portion of users that will still prefer to use their private vehicle. Traffic congestion will instead be eased, due to higher public transport efficiency and ridership increase.

Once the outcome of these three scenarios is assessed it will be possible to make strategic decisions and further refine the calculation while also exploring other hybrid situations.