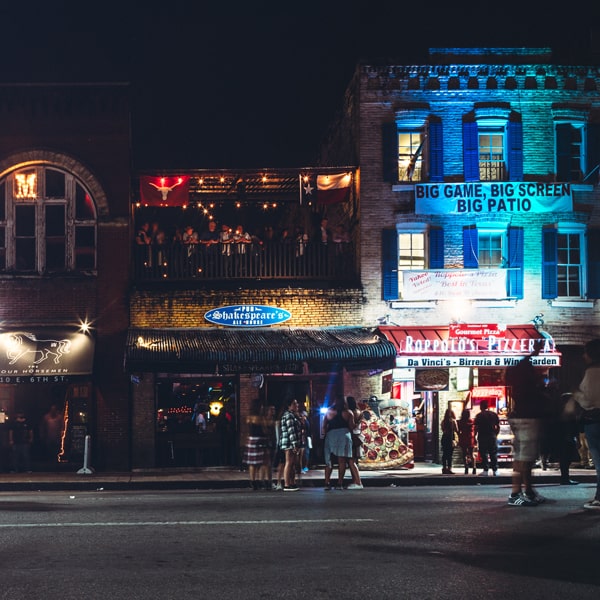 What cross-cutting trip data from five cities in the U.S. tells us about the overarching tendencies to move across the week in different areas within the city

The movement density profile on a typical day on the weekend differs drastically from the weekday trend. For all zones under study, the density pattern over the 24-hour period has an inverse shape to the one exhibited on weekdays: on a weekend, the peak movement is during the middle segment of the day in all areas, resulting in an inverted v graph shape, as opposed to the weekday movements trend which highlights morning and evening peaks.

In the following analysis, zone distinctions were based on a number of factors. For each of the five cities under study (namely, Seattle, Denver, Los Angeles, Austin and Savannah), areas associated with distinctive socio-economic profiles and their corresponding travel patterns were identified to create a basis for studying movements in and out of -and between- these articulated zones. The fixed zone typologies identified for each city were two attractor typologies (downtown and university areas) and two generator typologies (high-income and suburban residential areas).

The data also shows that the overall movement volume in different zones on a given day on the weekend compared to a weekday is variable across cities depending on the nature and activity of their downtown/university and suburban residential areas.

All cities observe a weekend movement reduction in their downtown areas. However, the extent of the reduction is related to the extent to which a specific downtown area hosts residential space alongside office, commercial and entertainment space. In Savannah, for example, downtown contains a high degree of single-family houses, making it hardly distinguishable from other areas of the city. For this, the drop in movements in downtown Savannah only amounts to 7%. In Seattle and Los Angeles, in contrast, a dominant portion of downtown land is used up by commercial and office developments and they both exhibit a weekend movement reduction of 34%. Even yet, we find that movement in downtown is still significantly higher on the weekend than any of the other zones; more than double that of the university zone in Seattle and about 10 times that of the residential areas on average.

The opposite trend takes place in residential suburbs: while Seattle shows a low decrease of around 2% in weekend movements, Savannah shows a 21% reduction, with all remaining cities falling somewhere in between. This could be linked to a much lower gravitation factor of the downtown area in Savannah for suburban communities compared to the downtown areas of the other cities. That being said, it appears that longer distance movements recorded for residential suburban areas (likely made to areas beyond the city) are higher in weekends in all cities.